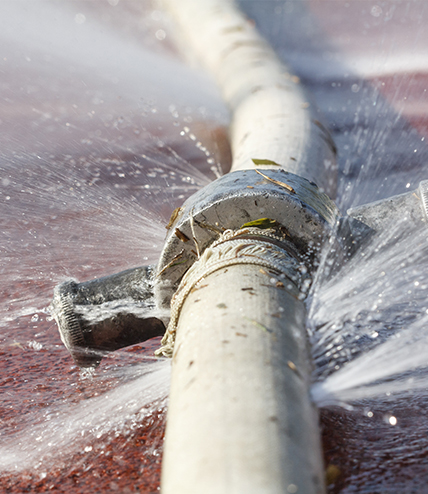 The new version of the AWWA Free Water Audit Software (v6.0 2020) is now available. This software is the industry standard tool for conducting the annual water audit and using the results to guide a program for cost-effective water loss control and revenue recovery. It first came out nearly 15 years ago, and is now used throughout North America and in other countries around the world.

Version 6 represents a major evolution of this tool – incorporating over 1,000 improvements from user-provided comments. Key upgrades include a new Interactive Data Grading feature; a new Performance Indicator Dashboard providing more visibility into how well you are doing and how you can improve; and a streamlined user experience.

A summary of the AWWA Water Audit Reference Dataset (WARD) is now available for download by filling out the form.

The WARD was created by AWWA’s Water Loss Control Committee (WLCC) to help utilities compare their attributes and key performance indicators (KPIs) with other utilities.

For many drinking water utilities effective pressure management can help extend asset life, improve customer service, and reduce water losses and the risks of asset failures. This fact sheet, which was developed by AWWA’s Water Loss Control Committee, provides a brief overview of pressure management and its benefits.

This report, which was developed and approved by AWWA’s Water Loss Control Committee, outlines the Association’s position on the use of non-revenue water (NRW) key performance indicators (KPI). Building on the Committee’s work to evaluate and update the KPIs in AWWA’s M36 Water Audits and Loss Control Programs and Free Water Audit Software.

This report is part of the Water Loss Control Committee’s work to evaluate and update the non-revenue water KPIs in AWWA’s M36 Water Audits and Loss Control Programs and the associated Free Water Audit Software. The WLCC used information from the report to develop the Key Performance Indicators for Non-Revenue Water Committee Report, which recommends KPIs that utilities and regulators can use to assess and improve water loss control performance.

The State of Water Loss Control in Drinking Water Utilities

The AWWA Water Audit Compiler© (Compiler) can be used to quickly assemble water audit data from multiple water utilities; allowing for comparisons of data across water utilities. The Compiler can also be used to compile multiple years’ of water audit data for a single utility; allowing the water efficiency history of a water utility to be viewed at a single glance. A new Compiler (v6.0) is being developed and will be published in the first half of 2021. The current Compiler (v5.0) is only compatible with v5.0 of the audit software, and the upcoming Compiler (v6.0) will only be compatible with v6.0 of the the audit software. However, if one wishes to compile an audit dataset that includes both v5.0 and v6.0 audit files, this can be accomplished by simply compiling the v5.0 audit files and v6.0 audit files separately, then manually adding the two datasets to a third location.

Like the Audit Software, the Compiler was created in a Microsoft Excel® spreadsheet format and it works hand-in-hand with the Audit Software. The Compiler was developed to improve the management of water audit datasets containing multiple water audits in small or large number. It was originally devised to help state and regional water resources agencies to easily aggregate and analyze large datasets and to provide trending and analysis tools to guide the process.

During data assembly in the Compiler, different units of measurement can be automatically converted to other units to facilitate direct comparisons. If some of the water audit data of a group of utilities is given in metric volumes (megalitres), while the majority of utility data is given in gallons, the Compiler can convert the metric units to gallons so that all of the data gathered into the Compiler is in consistent units for analysis. Once data is assembled in the Compiler, graphics can be displayed and sorted easily with any of the audit inputs and outputs. The data gathered into the Compiler can also be exported to a separate Microsoft Excel® spreadsheet where the user can conduct further analysis of their own design.

In 2014, the Water Research Foundation, with support from the US Environmental Protection Agency, published the final report and spreadsheet software tool for Project 4372a entitled Real Loss Component Analysis: A Tool for Economic Water Loss Control. The purpose of research project 4372a was to identify the best methods for conducting a leakage component analysis to be used to set a cost-effective leakage control strategy in a water utility. The project was also charged to employ these best practices in the creation of a spreadsheet software tool that works in complimentary fashion with the Audit Software. The key project deliverable was the Leakage Component Analysis Model (LCA Model).

Since the water audit results provide an annual real loss volume that is determined as a catch-all quantity remaining after all of audit components are input, very limited insight is given for leakage control purposes when compiling the water audit. The LCA Model was designed to pick up where the AWWA Free Water Audit Software leaves off, in terms of leakage assessments. The LCA Model provides the water industry with an easy-to-use spreadsheet tool to conduct a leakage component analysis, determine the water utility’s failure frequency analysis, provide guidance to set the economic leakage control intervention strategy, and display key water loss performance indicators.

A subsequent analysis and peer-reviewed article was developed in 2016 for Journal AWWA. This project is known as the Water Audit Data Initiative (WADI), and was sunset in 2017. Data from all seven years of the WADI can be downloaded from the links below. The AWWA Water Loss Control Committee wishes to thank all utility participants over the years for agreeing to share their data.