When your city receives downpouring rains and your wastewater operator lets you know that the lagoons are filling up at an unusual rate, it is time to ask why. As this scenario continues to worsen as months and years go by, it becomes apparent that the community has an inflow and infiltration (I&I) problem, and rainwater is getting into the sewer system. There are many possibilities of where the I & I could be coming from, so the first step in solving the problem is finding out where the actual issue is. How does one go about doing that? Looking down a sewer manhole might reveal cracked casings but locating cracks and breaks in the sewer lines might not be that simple. One will need to locate the cracks and breaks, preferably without digging up all the sewer lines. A city leader could locate a business that is experienced in televising lines by running a camera through all the lines, but this could prove to be quite costly. There is a much simpler and less costly approach that could be taken: smoke testing!

Smoke testing can be done from working at the surface of the system without initially digging or using costly camera procedures. Smoke testing can help locate areas that may have the most severely damaged lines. It can be done at a lower cost than televising and in some cases can be done by non-profit organizations such as MAP, Inc. (the midwestern RCAP) at no cost.

Using this method, the sewer system is tested by isolating one section of the lines at a time. A manhole cover is removed, and an inflatable plug is lowered down the hole and inserted in one direction of the line and then the cover is replaced. Next, a manhole that is one or two sections downline from the plugged hole of the first manhole is opened and a plug is inserted in the line/lines opposite of the section that was initially plugged. A large fan (figure 1) is placed on top of the second manhole instead of the cover which seals that opening. The fan is turned on and a chamber on the fan containing a smoke bomb creates smoke that is injected into the manhole and forced through the line. If there are cracks in the lines, smoke will be forced through those cracks and exit in the direction of least resistance, usually the surface directly above the crack (figure 2). This is an indication that there is some type of opening in the line that is allowing the smoke to exit. This process continues in suspected areas of the sewer line system until you have covered the entire system or are comfortable with the knowledge that you have gained on potential I&I areas. Further investigation will need to be done to the suspected area, such as televising the line or digging down to the suspected crack and making repairs. Smoke testing does not give a detailed or complete result in finding I&I but it is a tool that can be used to eliminate various non-damaged sections of the sewer system and bring down the costs of locating the problem areas and repairing your system. 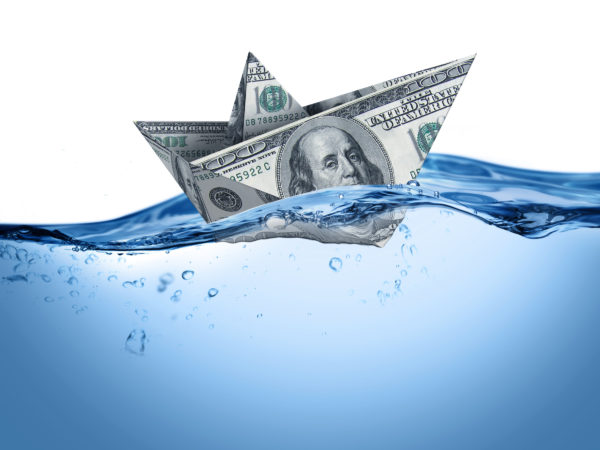